Art and marine biology united by Biosean and Marco Montiel-Soto

A long friendship, curiosity and the tireless desire to continue creating and learning are some of the reasons that lead a marine biologist, Misael Morales Vargas (@misael.morales.vargas), and a multifaceted artist, Marco Montiel-Soto (@marcomontielsoto), to collaborate in the brilliant creation of a sound piece that connects nature and humanity: The sunken lighthouse. Art and science come together in a single artistic composition to explore the relationships between marine wildlife and humans, extinction and biodiversity, freedom and captivity, migration and expedition, Africa and Europe.

During the months of October, November and December 2020, a total of 30 expeditions were carried out aboard “El Calderón”, Biosean’s boat (@biosean_), to observe, listen and understand the different sounds that roam the underwater bottom of the Special Area of Conservation located between Punta de Teno and Punta Rasca, in the southwest of the island of Tenerife.

Reflecting the underwater memory, the life of the sea and its connections with the human being is the objective of this artistic proposal born from the MAREBOX project and its new call for artists and interdisciplinary teams: Water Weighs.

MAREBOX is a project co-funded by the European Commission’s European Creative Program. Specifically, Water Weighs  is the name of the call for artists and interdisciplinary teams that seek to approach art by “tracing the underwater memory, the life of the sea and its corporeality”. Through a residency program, the goal is to develop innovative artistic works and experiences that deal with underwater culture. Through this artistic vision, the aim is to pursue the protection and promotion of the European Underwater Cultural Heritage, the awareness of the impacts that today affect the marine environment and the current challenges for its protection. In this way, a connection is created between arts, culture and science, uniting artists and scientists with the same purpose: to promote and protect the cultural and natural marine wealth.

Relating and connecting with Europe’s natural and cultural maritime heritage is important to create a better understanding and ecological awareness in both European citizens and European identities. In recent decades, Europe’s seas and oceans have become dumping grounds for plastics and marine debris, maritime highways, fighting grounds and deadly borders for millions of migrants.

Europe’s sea bottom is home to human footprints that reflect more than 5,000 years of history: remains of products from ancient trade routes, sunken ships and planes after world wars, shipwrecks of thousands of refugees trying to reach European shores, and a large amount of debris resulting from economic activity and modern life.  In short, our seas and oceans represent authentic time capsules that connect the past with the present and reflect the degradation of the marine environment throughout history.

The MAREBOX project aims to show, through the artistic proposals of the participants in the project, that the sea and the oceans are in fact a space of multidirectional possibilities, a valuable bridge between cultures with a multitude of resources yet to be known, heard and understood, inhabited by marine species and communities whose echoes are becoming stronger and stronger.

He was born and raised in Maracaibo, Venezuela, in 1976. Later, Montiel-Soto studied photography at the Julio Vengoechea School of Photography and obtained his Master’s degree in Sound Art from the Universität der Künste, Berlin. From videos and photographs to sound compositions, drawings and maps,

his works have been presented in numerous venues in Latin America, the United States and Europe. Among his works is “Mal de mar hacia un triste trópico: notas sobre la otra isla”, an exhibition that reflects on the connection between the Canary Islands and Venezuela, two points of the planet geographically separated by more than 5500 kilometers and, at the same time, closely linked to each other by cultural mixing and migratory movements in both directions.

As a result of his collaboration with Misael Morales Vargas, marine biologist and founder of Biosean Whale Watching and Marine Science, he extends his artistic vision to the world of biology, biodiversity and the conservation of the marine environment.

Equipped with photography, video and hydrophone equipment, Misael and Marco captured all kinds of underwater sights and sounds on their expeditions. They achieved radical contrasts by drawing inspiration for the creation of the sound piece from fragments of dialogues and commentaries from the documentary “The Cove”, referring to the exploitation and abuse of small cetaceans by the whaling commission and dolphinariums.

On the other hand, the work done by Roger and Katy Payne with whale songs was a source of inspiration for Marco and Misael, as well as for many other biologists, musicians and artists.

In the 1950s, Frank Watlington, a U.S. Navy engineer, was working at a top-secret listening station detecting Russian submarines during the Cold War. Watlington began to hear strange and unusual sounds coming from the sea bottom, very different from the noises normally picked up by the station. He realized that humpback whales, which spend winters off the coast of Bermuda, might be the source. At the height of the commercial whaling boom, Frank Watlington decided to keep his discovery under wraps for fear that whalers would use it to find and hunt more whales.

After contacting Roger and Katy Payne, biologists specializing in bioacoustics, they discovered that what they were hearing were actually rhythmic patterns of repeated sounds, in short, whale songs. Using the recordings, Dr. and Dr. Payne produced the album “Songs of the Humback Whales” (1970) and “Deep voices” (1975), which achieved unexpected success and became one of the most culturally,  historically and aesthetically important recordings worldwide. 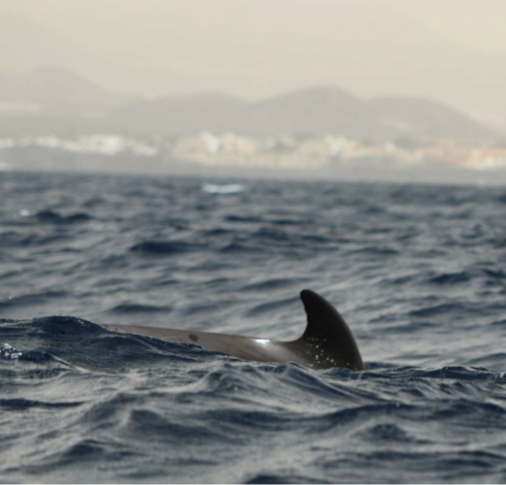 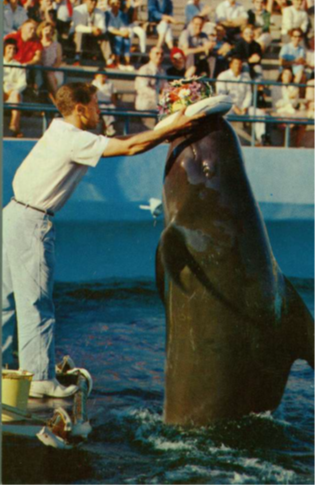 Along with recordings of whistles and pulses used by the animals for communication and echolocation, anthropogenic noises were incorporated. During the expeditions, the hydrophone on board Biosean’s boat was able to record the noise of the chains in fish farms, the sound of ferry engines and the sound of our own boat, reflecting the noise pollution suffered by the seabed of Tenerife.

These sounds overwhelmingly affect many of the marine animals that inhabit our waters, which depend on their acoustic abilities to interact, feed and, ultimately, to survive.

Acoustic reflections of migration in the marine environment

To all vessels in the area, extreme vigilance: patera vessel sailing from the African coasts with an undetermined number of passengers.”

During the months of the expedition, the island’s news broadcasts and newspapers were flooded with news reporting the arrival of large numbers of small boats and dinghies from the African coasts. More than 500 migrants disembarked on the beaches of Tenerife after putting their lives at stake aboard precarious boats, tracing at sea an audible route capable of connecting Africa and Europe.

All the warnings and radio calls coming from the emergency services were incorporated into Marco and Misael’s artistic proposal, reflecting an ignored component that is part of the many connections that exist between human beings and the marine environment: migration. In addition, the sound piece features melodies, instrument sounds, rhythms, and African legends that remind and recall the great forgotten continent.

Where can I see The sunken lighthouse and the rest of the works of the project?

This and the rest of the digital, sound or physical artworks will be exhibited in 3 exhibition spaces in different locations in Europe for one month. This exhibition will take place in autumn 2021 and will be curated by SAVVY Contemporary, partner of the MAREBOX project. The selected countries and locations selected for the exhibition are Cosenza (Italy), Alonissos (Greece) and Berlin (Germany).

“We are water; therefore, we can engage with liquid violence, the hydropoetics of sound and displacement, and the forensic science of the ocean.”

The sunken lighthouse is a sound composition created from cetacean songs, African music, stories, messages, engine noise and a drowning voice trying to narrate the story of thousands of castaways adrift. With all this material, the work manages to reflect the violent and difficult balance between man and the sea. The survival of our species depends heavily on our ecological awareness and our ability to affirm and understand the tangible effects of climate change, along with the increasing human violence on the marine environment.

We recommend you to stay tuned to our social networks (@biosean_) to be aware of the premiere date!

Are you going to miss it?