There is something undeniably majestic and special about the slow, leisurely movement of a turtle. This marine animal, capable of traveling thousands of kilometers between continents throughout its life, captivates and floods our curiosity, inspiring legends and mythological symbols in various cultures.

More than 150 million years later, sea turtles still inhabit the planet and have managed to survive all kinds of ecological adversities. They are one of the great exponents of Macaronesian culture and biodiversity. Their role in the ecosystem is essential, but their survival is being affected by the degradation of their habitats, gillnetting and accidental fishing, and plastic pollution. However, it is not too late. Sea turtles have an important story to tell,

Do you want to know it?

The earliest known fossils of turtles date back to 220 million years ago. Currently, two families and seven species of sea turtles are known worldwide, we present them to you!

These species are identified and differentiated according to their morphological characters. The most commonly used are the number of lateral carapace scutes, the presence or absence of nails and the number of prefrontal scutes. Of the seven species of sea turtles, six can be seen more or less frequently in Canary Islands waters, which are, in order of abundance of sightings: the loggerhead turtle, the green turtle, the leatherback turtle, the hawksbill turtle, the olive ridley turtle and the olive ridley turtle, although the latter two are recorded only occasionally. Of all the turtle species, the loggerhead turtle is the most frequent species in the Macaronesian region and in the Canary Islands, followed by the green turtle.

Sea turtles are present in practically all ocean basins of the world, depending on the time of year. In the Canary Islands their presence is constant due to the geographical location of the archipelago. It is located on the descending branch of the Gulf Stream, the terrestrial equivalent of a great wildlife highway for those animals that use ocean currents as their main means of transport, such as sea turtles.

A lifetime of migration through ocean currents

The long life of sea turtles begins in the terrestrial environment. Although they are marine animals, we must not forget that they are reptiles: female turtles must return to the beaches to form their nests and bury their eggs. Like other reptile species, the sex of the hatchlings depends on the average incubation temperature of the eggs. Below 27.7ºC, the eggs will hatch into male individuals, while above this temperature the hatchlings will be females. After a few months, the turtles are born and make their way to the seashore. During this apparently short journey, they will have to expose themselves to stalking and attacks by many animals, such as crabs and birds. Those that manage to overcome all the obstacles, reach the water and begin their marine life.

From this point on, they begin a long and solitary journey towards the development and feeding areas. According to genetic studies, the juvenile turtles that feed in the Canary Islands come from nesting areas in Florida, Mexico and Cape Verde. Can you imagine being able to cross the Atlantic Ocean and make such a long journey? And measuring only a few centimeters!

After a few years, they reach sexual maturity and become adults, ready to make another great migration from feeding grounds, such as the Canary Islands, to the breeding grounds. After traveling thousands of kilometers and taking advantage of the main ocean currents to carry out their great migratory movements, they will arrive at the beaches where they were born to prepare the nests and bury their eggs. Without a doubt, these animals have an incredible gift for orientation! Copulations take place at sea, during the journey or in front of the nesting beaches. After the breeding and egg-laying season, a new trip back to the feeding grounds takes place, where they will recover all their energy until they start the reproductive process again.

The rest of their lives consists of a continuous back and forth between feeding and breeding grounds, traveling across oceans and surfing in ocean currents. Sounds like fun, doesn’t it?

Despite having coexisted with the dinosaurs and having overcome all kinds of anthropic and natural impacts and ecological adversities throughout history, it is now when their survival on the planet is being most affected. According to updated data from the IUCN, six of the seven species of sea turtles in the world are in danger of extinction (there are hardly any records to evaluate the conservation status of the flatback turtle).

Why is this the case?

In the Canary Islands, of the total number of sea turtles that arrive at wildlife recovery centers, 25% of the specimens are admitted due to natural causes (shark bites, epidermal diseases, anemia, etc.), while the remaining 75% of admissions correspond to injuries and accidents derived from human activities.

Of all these anthropogenic pressures, the one that causes the most injuries is entanglement and ingestion of marine debris, affecting nearly 50% of the stranded turtles in the Canary Islands. Getting caught in abandoned fishing nets and other types of marine debris can cause necrotic lesions in the affected limbs, as well as inhibiting the ability to escape predation or feed normally. The second most common anthropogenic cause of turtle injuries, affecting 9.6% of turtles, is the ingestion of hooks and threads derived from accidental fishing, followed by poisoning from spills (3.2%) and collisions and being run over by fishing and recreational boats (4%).

We know that turtles are excellent migrators and spend their lives crossing seas and oceans, taking advantage of marine currents. However, over time, these ocean currents have come to carry, along with marine fauna, millions of tons of plastics.

How much plastic do we humans throw into the sea? The exact amount is unknown, but it is estimated that it exceeds 8 million tons per year and accounts for 80% of the composition of the garbage found in the seas and beaches. It is known that at least 700 species of marine animals ingest plastics, from zooplankton organisms to large whales. Some studies have found that at least 43% of existing cetacean species and 36% of the world’s seabirds are affected. In the case of sea turtles, the seven species that currently exist in the world have reported some type of affectation by plastics.

Its complete biodegradation may require more than 450 years, so in its long permanence in the ocean it can damage or even kill many organisms, by ingestion or entanglement, especially those unable to discriminate marine debris from food.

As a result of wave action, exposure to UV rays and physical abrasion, the plastic that is transported by the sea fragments into smaller pieces. Microplastics can also significantly affect turtle reproduction. The mixture of sand and plastics affects the internal temperature of the eggs, which can alter the male-female ratio, as sex determination depends on the temperature at which the eggs are incubated.

The incidence of plastics and their high potential to cause damage to the marine environment has led to its recognition as a global problem, and it is currently included among the main threats impacting marine biodiversity.

Loggerhead turtles, a regular visitor on our trips 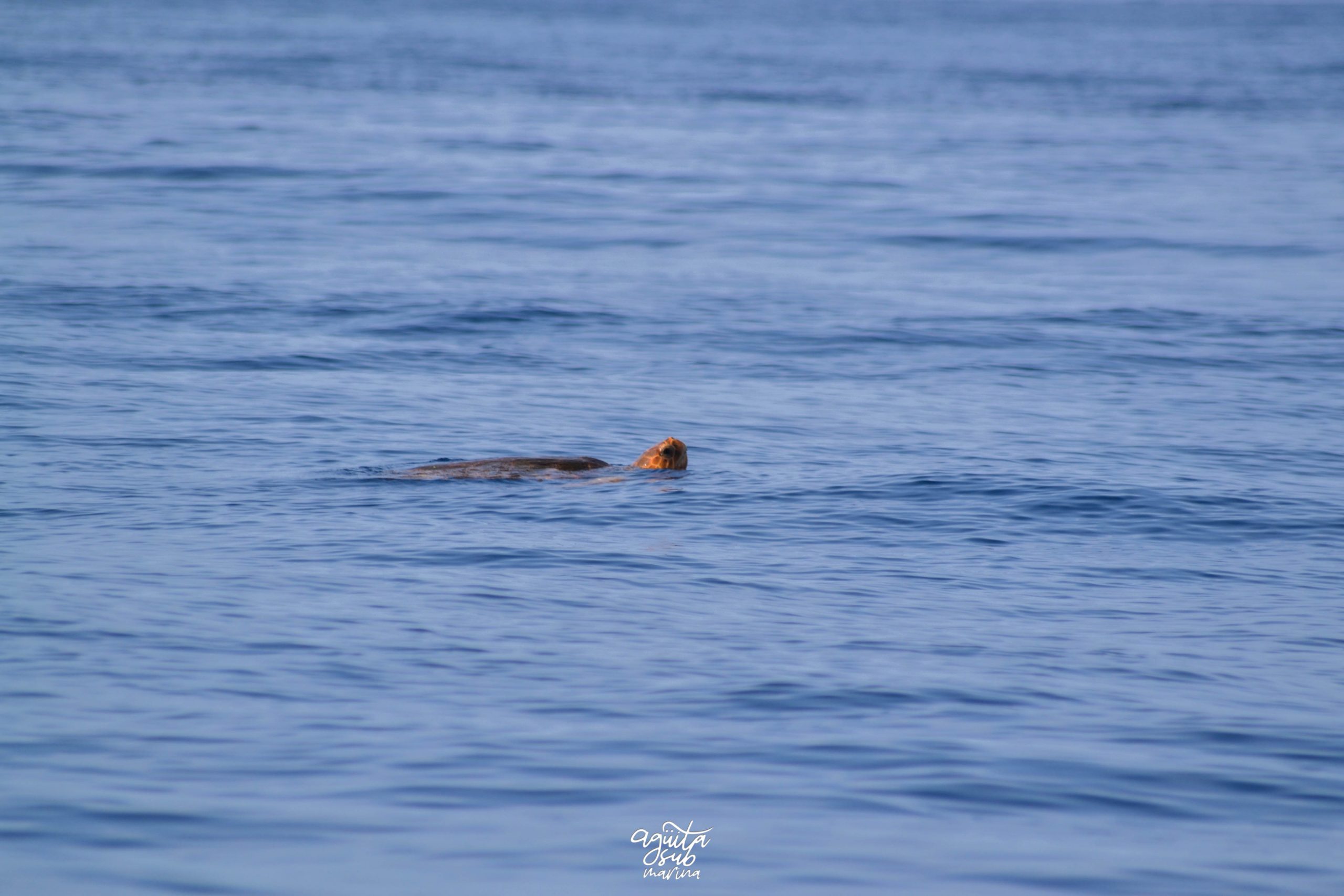 etween November 2019 and September 2021, we have recorded a total of 151 interactions with turtles during our sighting trips, the vast majority of them loggerhead turtles. On our whale watching trips and snorkeling or diving excursions it is usual to encounter at least one or two loggerhead turtle juveniles. Although at BIOSEAN Whale Watching & Marine Science we work for the conservation and protection of cetaceans, turtles and other marine animals, not all people act appropriately.

Unfortunately, it is very common to see illegal activities and bad practices related to turtles. Some diving and snorkeling centers often feed them to attract customers. Feeding turtles is explicitly forbidden, as it causes severe metabolic alterations and high cholesterol and triglyceride levels in the blood. In addition, it triggers changes in their behavior, making them more vulnerable to boats. Massive excursions with tourists chasing and harassing turtles are also frequent. Therefore, if you hire any of these activities or excursions, make sure that they are carried out respecting the turtles and do not allow this type of actions in your presence.

Over the last two years, in BIOSEAN we have managed to save the lives of many loggerhead turtles, after finding them at sea in very bad conditions. The last one, a young juvenile with a fishing line entangled in one of its front fins. After rescuing her and bringing her to safety on board the “Calderón”, the rescue team of the CRFS “La Tahonilla” took charge of her care, recovery and rehabilitation. We are sure that she will soon be ready to return to sea and go on her way!

In short, there are many dangers facing these humble, peaceful and wise creatures. However, we are convinced that all is not yet lost. Although we cannot eliminate all plastics from the ocean, we still have the opportunity to reduce their volume and minimize their impact. Simple actions such as reducing, recycling and reusing can significantly help these and many other marine species. Do you dare to join the change? 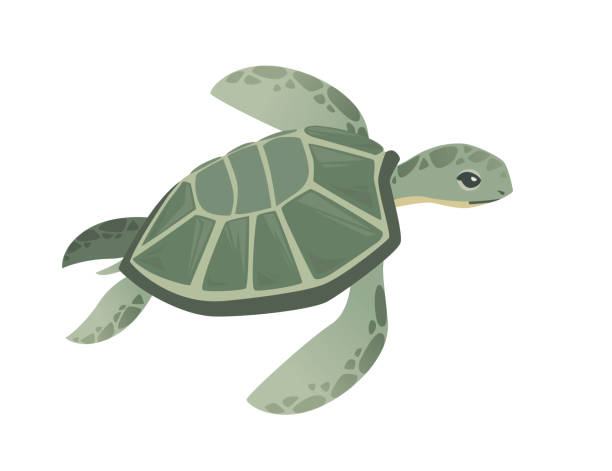 See you soon in the big blue!